Shanghai Polytechnic University (SSPU) is located at Jinhai Road of Pudong New Area. It is 24 km away from Pudong International Airport and adjacent to the China (Shanghai) Pilot Free Trade Zone and Disney Resort. 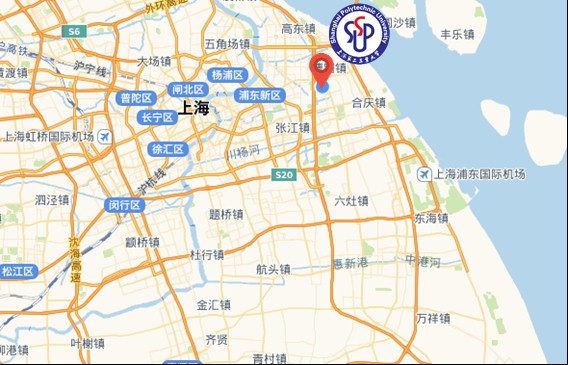 Travel Instructions to the SSPU Campus:

How to get to the Campus from Pudong International Airport:

1)Take taxi onto the Outer Ring Expressway S20 from the Yingbin Expressway S1 and Shanghai Ring Expressway G1501, in direction of outer ring tunnel until Jinhai Road, turn right, and about 700m ahead to the north gate of the Campus.

2) Take Metro Line 2 from Pudong International Airport, in direction of Guanglan Road until Chuansha,and thentransfer to Bus No. 991, in direction of Jinqiao Road Metro Station until Jinhai Road-Jinfeng Road, the north gate of the Campus.

How to get to the Campus from Hongqiao Airport:

How to get to the Campus from Shanghai Railroad Station:

Public Transportation nearby the SSPU Campus: