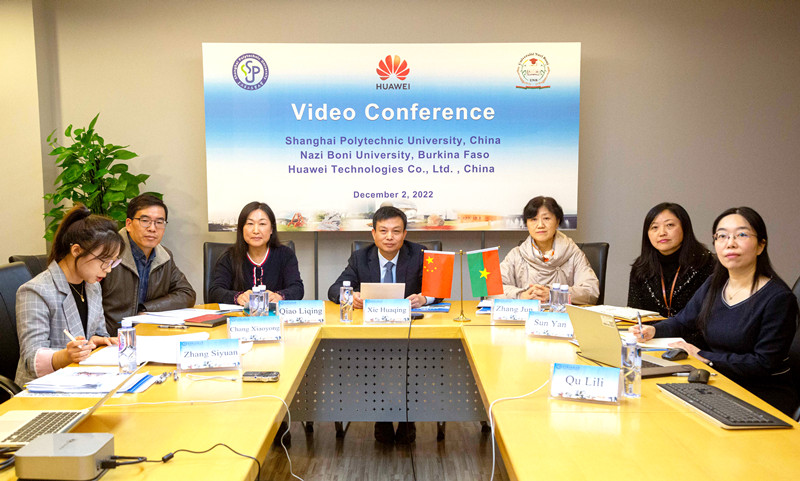 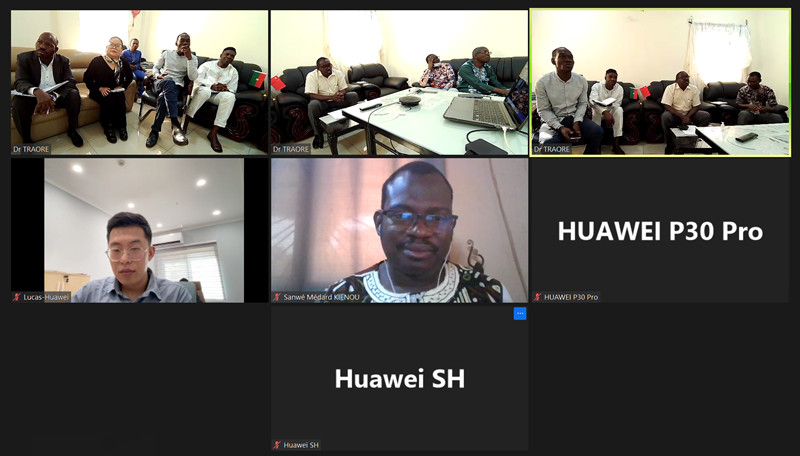 President Xie Huaqing firstly expressed gratitude to UNB and Huawei for cooperating with SSPU to jointly build the SSPU-Nazi BONI Vocational Education School and strive to pass the Luban Workshop accreditation in the near future, which is significant for enhancing the educational cooperation between the two countries and promoting the development of all three sides. The first online gathering this time marks a good beginning of the trilateral cooperation. It is believed that with the joint effort of the three parties, the cooperation will be pushed forward steadily and gain fruitful achievements. Xie Huaqing also invitedPresident Hassan Bismarck Nacro, colleagues and friends from UNB and Huawei to visit SSPU to strengthen cooperation and exchanges and promote development together.

President Hassan Bismarck Nacro expressed the sincere willingness once again to work with the other two sides. He was confident in the trilateral cooperation and said that Nazi BONI University would actively participate in the preparatory work. The President and heads of relevant schools introduced the UNB and the city of Bobo Dioulasso where the university is located, as well as the regional advantages, disciplines and programs, teaching resources of UNB.

Jiang Yuhao, Public Relations Manager of Huawei African Office, gave a brief introduction to the company and its business and cooperation in Burkina Faso.