On the afternoon of June 18, Valtero Canepa, Vice Chairman of China-Italy Chamber of Commerce (CICC), and Roberto Pagani, Scientific Attaché of the Italian Consulate in Shanghai, visited SSPU. President Yu Tao and Vice President Xu Yufang met with the guests.

President Yu introduced the basic information of SSPU and 7³Science Park. He said that SSPU attaches great importance to and supports the establishment and development of the Sino-Italian Exchange Center for Cultural Creativity. It is a pleasure that CICC would like to join in the development of the Center and introduce more Italian enterprises, universities and experts to it. Prof. Zhang Zhan, Dean of School of Applied Arts & Design briefed on the current situation of the Center. Mr. Canepa states that, taking the opportunity of the upcoming 50thanniversary of the establishment of diplomatic relations between China and Italy, and the 40thanniversary of Shanghai and Milan as sister cities, CICC intended to have more communication with SSPU and introduce more resources in line with the constitution and plan of the Center. He believes the prospect of collaboration between the two sides is promising. Both sides exchanged ideas on the future cooperation and reached certain consensus. 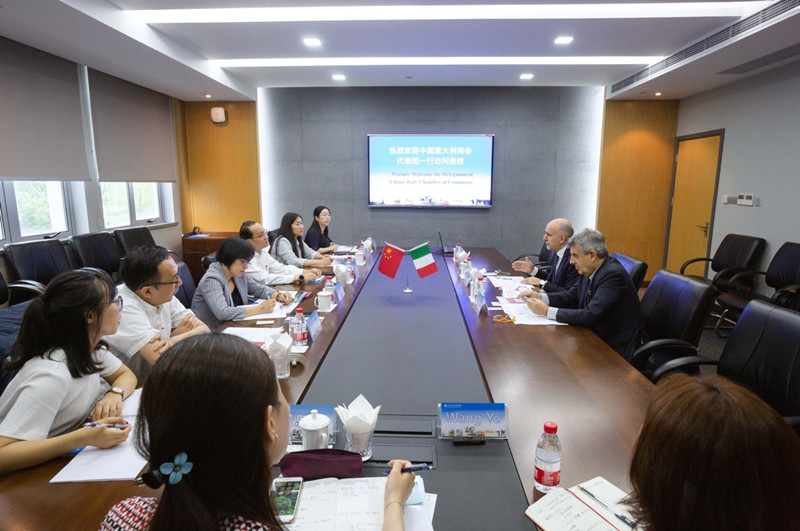