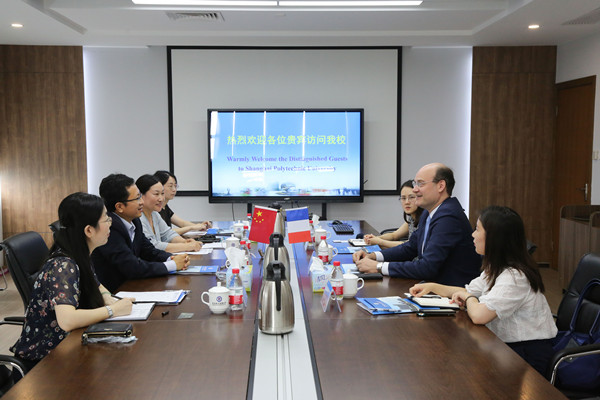 Vice President Mo welcomed Mr. David Gosset and his delegation. He briefed SSPU’s cooperation with higher institutions in European countries, especially in France, and hoped for further concrete cooperation between the two sides. He believed that both Sino-French and China-Europe educational cooperation have a broad prospect. Mr. Gosset spoke highly of the successful prevention and control of COVID-19 in Shanghai. He put forward his ideas and suggestions on the cooperation which could be developed with SSPU and expressed his confidence in the collaboration.