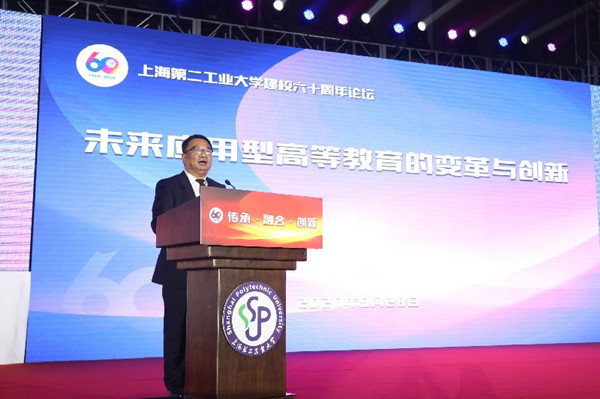 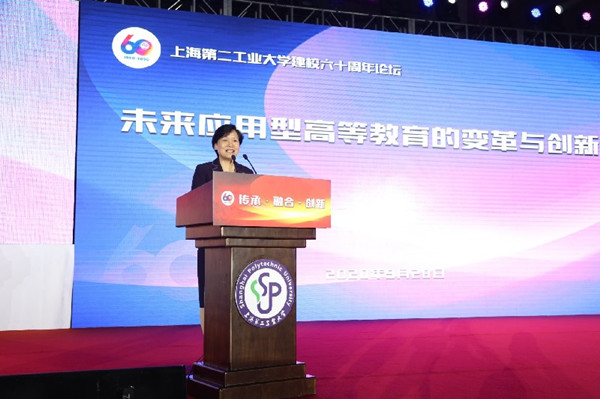 President Yu Tao summarized and reviewed SSPU’s development over the past 60 years. He stated that the university’s 60-year progress is a history aboutChange and Not Change. While expanding the university scale, elevating educational level and enhancing the strength of running school, SSPU remains unchanged in various aspects since its founding. The university sticks to its orientation and its goal of cultivating high-skill and high-tech applied talents, and persists in industry-education integration, university-enterprise collaboration and work-integrated learning. 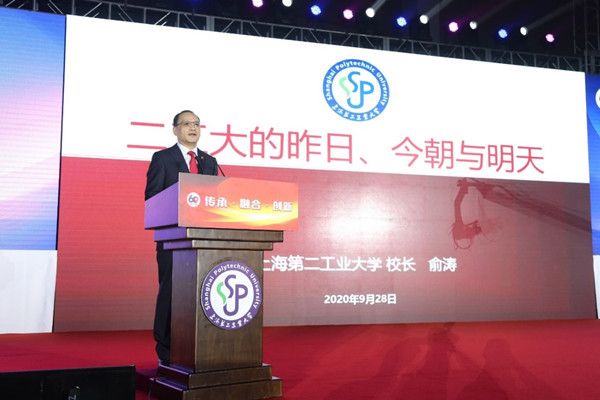 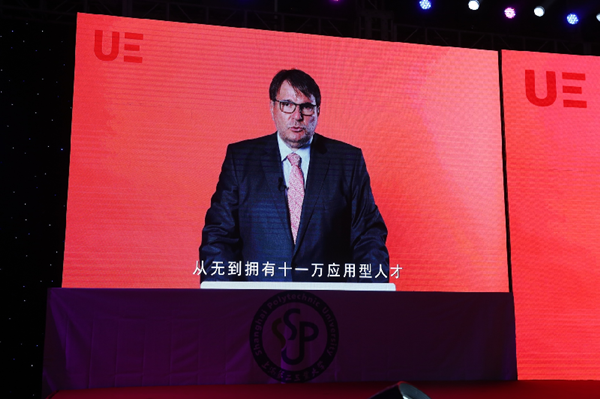 Following the micro forum was the theme forumon Future Transformation and Innovation of Application-Oriented Higher Education. It focused on the reform and innovation of applied higher education in the future, guiding the direction of SSPU reform and development during the 14thFive Year Plan period. Three experts were invited to deliver keynote speeches on the forum. They are Mr. Zhou Hanmin, the member of Standing Committee of CPPCC, Mr. Qian Xuhong, President of East China Normal University, and Mr. Wang Jueming, Director of Shanghai Institute of Computing Technology. 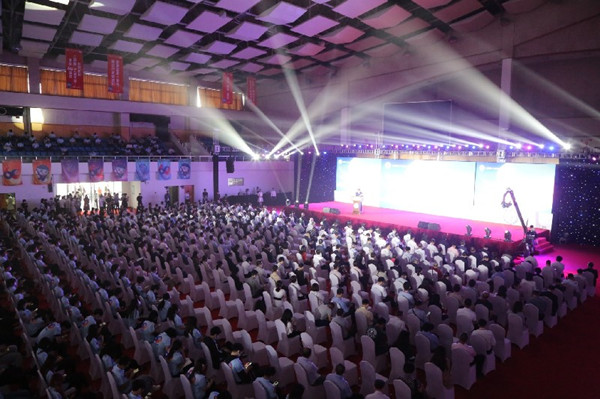 The 60th Anniversary is a historical milestone but also a new starting point. Facing the future, SSPU will continue to carry forward the university’s fine tradition, adapt to the new requirements of national and Shanghai economic and social development, emphasize more on our orientation and social demand, and highlight characteristics and quality to better serve the construction of Five Centers and Four Brands of Shanghai.