On Dec. 14, 22nd Cross-Straits Conference on Technical and Vocational Higher Education was held. The conference was organized by Shanghai Polytechnic University and the main venue was set up at the university. Representatives from other initiating universities and cooperative universities from the mainland and Taiwan attended the conference online. The theme was “Future Reform and Innovation of Applied Higher Education”. More than 100 participants including university Presidents, experts and scholars from both sides of the Taiwan Strait had extensive and in-depth discussions on this theme. They shared and exchanged the latest research results and practical experience of cross-straits application-oriented higher education. 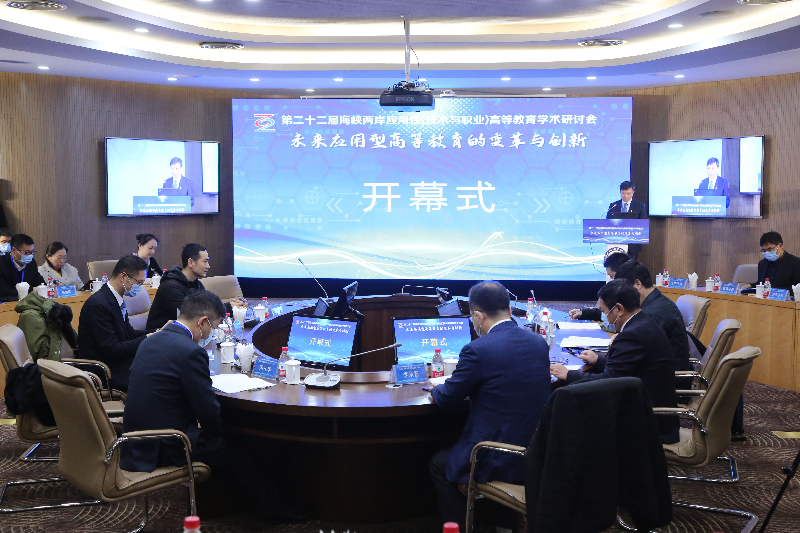 Mr. Li Yongzhi said that the Cross-Straits Conference on Technical and Vocational Higher Education is an influential and important academic forum in the field of higher education across the Straits. This conference focused on the connotation development and quality improvement of application-oriented higher education in the era of artificial intelligence, which has the distinctive features of the times and strong realistic demands. 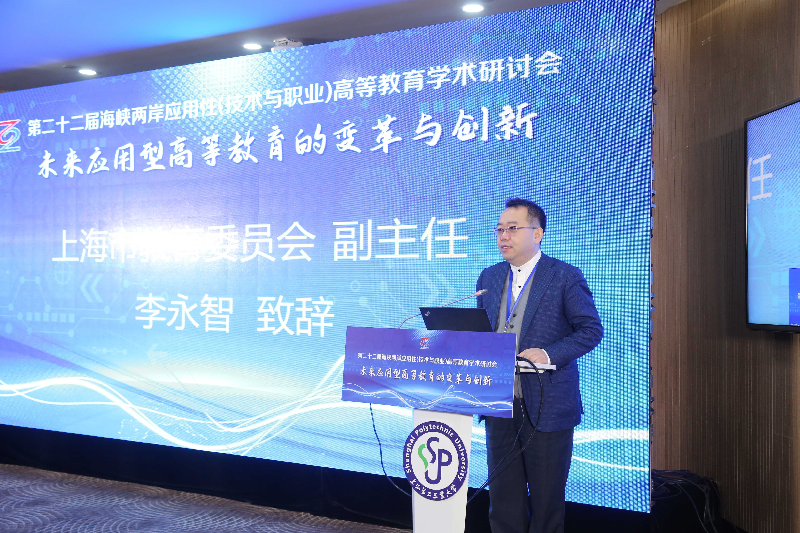 Wu Song hoped that the exchanges and friendship between universities across the Straits would be deepened through the conference to provide scientific ideas and directions for the future reform and innovation of application-oriented higher education. 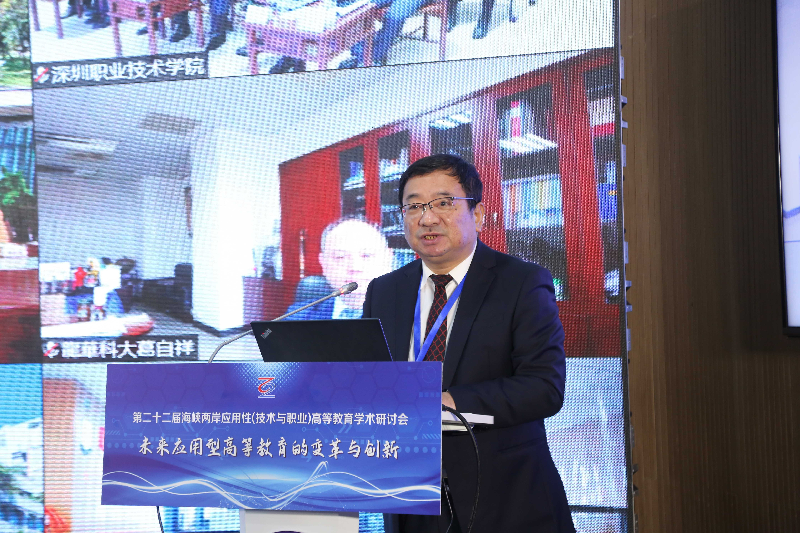 In the themed report session, Mr. Ding Xiaodong, invited expert and President of Shanghai University of Science and Technology (SUST), made a keynote report entitled "Promote Integration of Industry and Education and Lead High-Quality Development". Presidents or representatives from all the seven initiating universities and cooperative universities delivered speeches to share their reform ideas and practical experience in terms of the theme “Future Reform and Innovation of Applied Higher Education”. 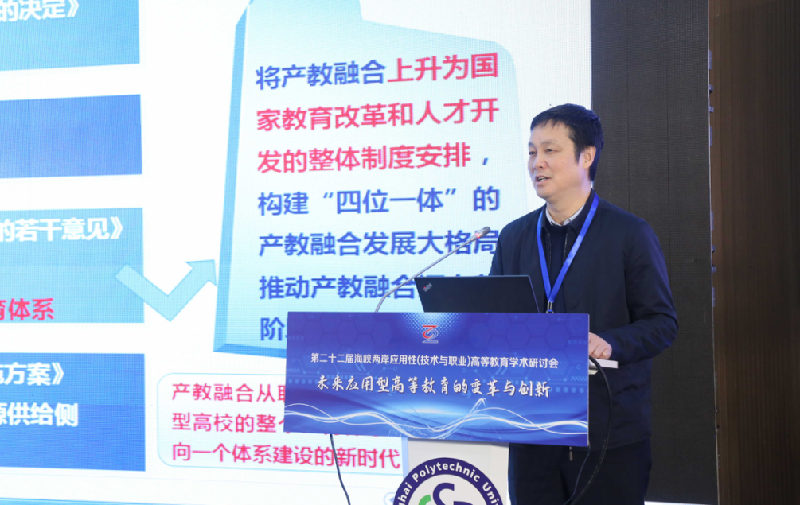 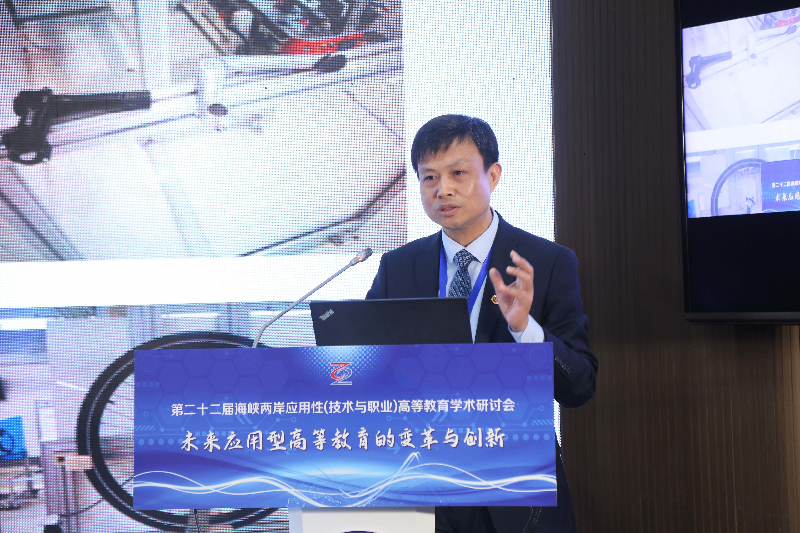 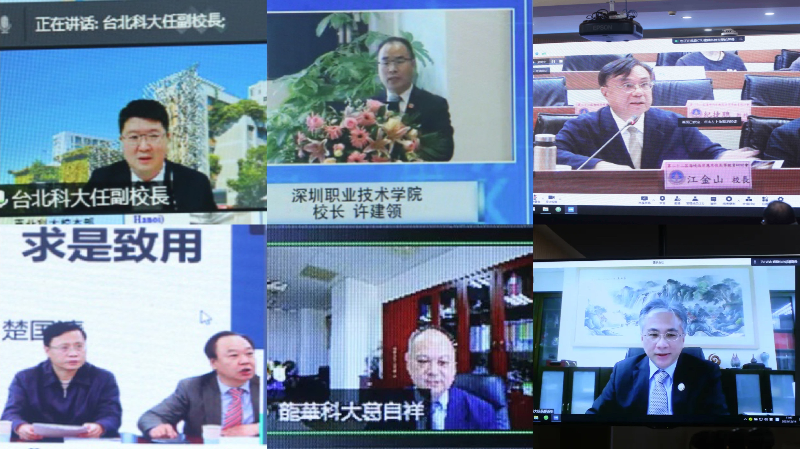 As an important part of the conference, academic seminar was held, on which papers were shared and discussed in five sub-venues. The conference this year collected nearly 50 papers, over 40 of which were shared on the seminar. 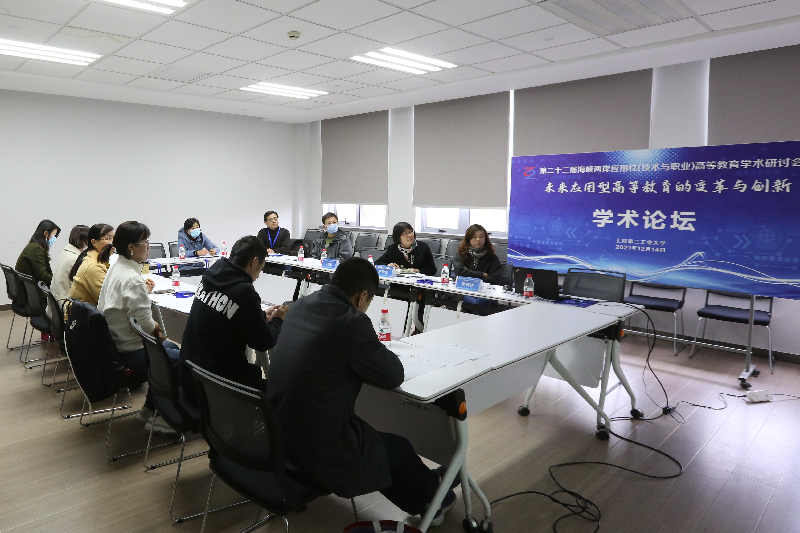 In order to encourage students to put their knowledge into practice, “Jiang Xin Cup” Cross-Straits Innovation and Entrepreneurship Competition was held. It was a platform for the cross-Straits students to show their creativity, use their knowledge and exchange ideas with each other. Ding Li, SSPU Vice President gave a speech on the competition on behalf of the university. 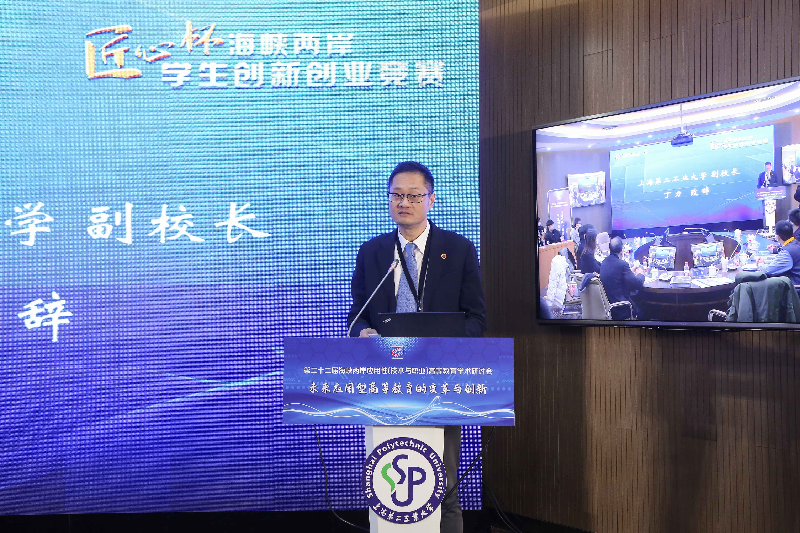 Seven student teams of the initiating universities and cooperative universities participated in the competition. The competition is composed of a seven-minute online demonstration and a five-minute Q&A. The prizes include the first prize, second prize, third prize, Most Creative Award and Most Commercial Value award which are awarded according to the scores. 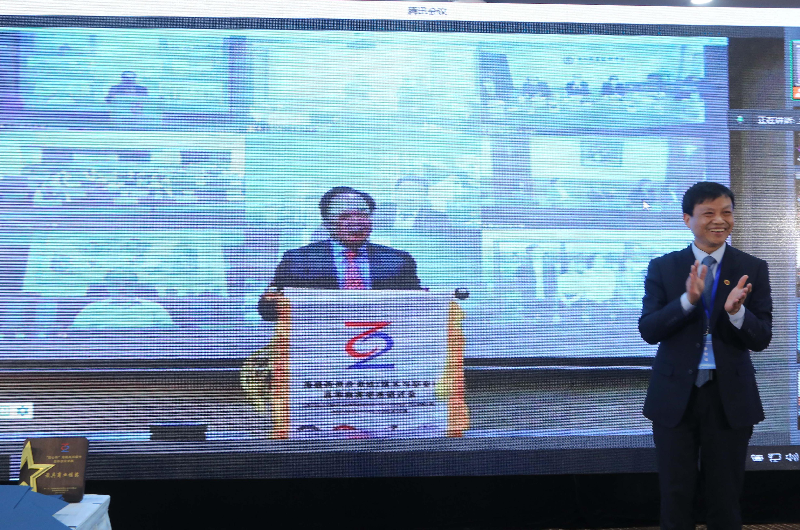 Cross-Straits Conference on Technical and Vocational Higher Education was initiated by four universities cross the Straits in 1999 including SSPU, ZSPT, Taipei Tech and BUU, and co-organized by CTU, LUST and CYUT. The conference, held annually at one of the seven cross-Straits universities in turn, has been held for 22 consecutive years. It aims to strengthen communication and exchanges between the application-oriented higher education circles across the Taiwan Strait, explore ways of cooperation and new ideas, and study the reform and development of applied higher education under the trend of globalization. According to the rule of the conference, the 23rd Cross-Straits Conference on Technical and Vocational Higher Education will be organized by Beijing Union University in 2022.