The contest contains 3 phases. The participating teams could only win prizes if they passed a four-day semi-closed themed competition, a one-day closed themed hardware design contest and the national evaluation of the works and reports in the previous 2 competitions. The themes that SSPU teams chose this year were Paper Accounting and Displaying Device and Dynamic Wireless Charging System for Electrical Cars.

National Undergraduate Electronics Design Contest, starting in 1994, is one of the discipline competitions for undergraduate under the Ministry of Education held every 2 years. This year, the contestants reached its peak with nearly 17,313 teams from 1,109 universities nationwide participating in it. 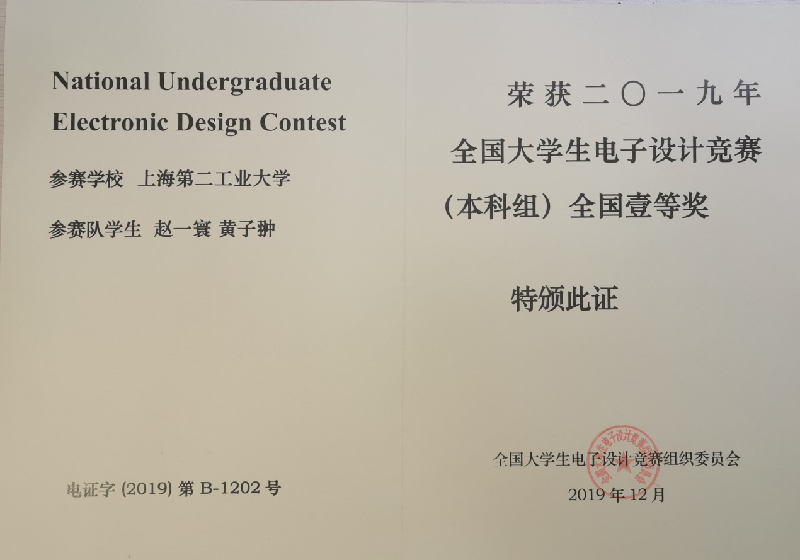